The University of the Philippines Women Lawyers’ Circle, Inc. (WILOCI) celebrated its 70th Year Anniversary last September 2, 2016 at the Manila Polo Club in Makati City.  On the night of their Sapphire Ball, WILOCI honored all the women, who have become WILOCI’s icons of legal excellence and public service, and one of whom is Justice Cecilia Muñoz Palma.  Each of the icons received a medallion.  Justice Palma was represented by her daughter, Pearl Cardema, and granddaughter, Emily Palma.  Below is the citation given by WILOCI to Justice Palma.

“You were one of the founders also of UP WILOCI.  You have achieved so many FIRSTS in your career in the Judiciary.  Foremost, you were the very FIRST woman to be appointed as Associate Justice of the Supreme Court and the first President of the Constitutional Commission which drafted the 1987 Constitution.  Because of your high moral courage and integrity, you were not afraid to tell the leaders of our country what was wrong, when men quibbled in the presence of a dictator.  Truly, you are a remarkable woman to emulate!” 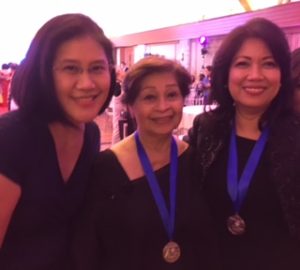 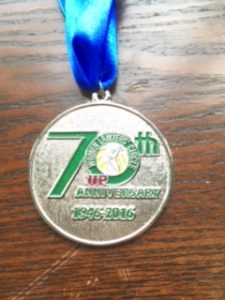 Justice Palma and other Icons honored by WILOCI