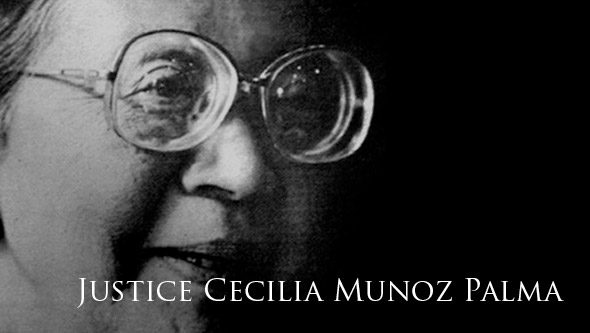 END_OF_DOCUMENT_TOKEN_TO_BE_REPLACED

Does your child need to testify in court?  Child victims of abuse and exploitation who are seeking justice are further traumatized by their experience in court. Children often accept the responsibility for the abuse, and now they had to accept

END_OF_DOCUMENT_TOKEN_TO_BE_REPLACED

Message from the Chairperson

In remembering the legacy of “Firsts” by Justice Cecilia Muñoz Palma, I am privileged to quote the  following:

“For the first time in the history of constitution-making, ‘love’ is enshrined in the fundamental law.  This is most significant at this period in our national life when the nation is bleeding under the forces  of hatred and violence.”

“Thus said the late Supreme Court Justice and 1986 Constitutional Commission President Cecilia  Munoz Palma during the presentation of the newly drafted Philippine Constitution on October 15,  1986, directing our attention to the Preamble of the Constitution, which bears among its  amendments the inclusion of the word ‘love’.”

“This unprecedented amendments to the Preamble is a testament not only to Justice Palma’s innate  gift to make history but, more importantly, it reflects what has been her credo in a life fully lived in the service: love of God, love of country, and love of people.”

Justice Palma set the precedent in so many of her fields, especially in the legal profession and the  judiciary that became the hallmark that led both women and men to emulate and to take action. She  broke patriarchal barriers and became a source of strength that empowered the women of the  country.

“And so today as we find ourselves fighting battles similar to those once waged before – those of  corruption, violence, dishonesty, greed – we turn to the life of a national icon which serves not just as  a model or guide, but as a source of hope: hope that courage and moral integrity can save us from  darkness, as they once had.”

How apropos these words of Justice Puno which highlights the important legacies left by the late  Justice Cecilia Muñoz Palma.

It is a privilege to be in the company of like-minded women and men and be part of the Justice Cecilia  Muñoz Palma Foundation (JCMPF) to continue what Justice Palma had started and to make as many  Filipinos aware of who is Justice Palma and her place in the history of our country.